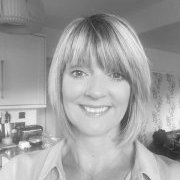 We’re picking up where we left off in 2021 and not slowing down! This month we had our new Operations Co-ordinator officially start her new role! But who could it be…

But who is it? None other than Deborah Roach!

Previously, Deb worked for 20 years in independent financial services starting as an Apprentice and working her way to Head of Operations. At the age of 40, she decided to re-train and spent 13 years working in the education and charity sectors.

As wife of ARV Solutions founder, Deb has been involved with the company since its inception in 2003 and previously worked for the organisation in a variety of roles. She has now returned to the company to co-ordinate Operations and promote continuous improvement across many areas of the business.

ARV has been a huge part of my Deb’s since Jim set up the company in 2003 and has really enjoyed seeing how it has grown and developed over the years. At the heart of the company is a culture that is genuinely people-centric, honest, professional and encouraging. This ethos forms a strong basis for decision making in the company and is why she has chosen to re-join the company and support with continued growth.

During her time in the education and charity sectors she has become a well-being champion and has worked hard in the public sector to develop improvements for both colleagues and families.

Deb’s new focus is to continue promoting this within ARV and broaden the impact this can have on the wider community.

The latest from ARV Solutions

Out of office! Friday 24th June…

Is there a problem with offsite?